The village of Albons was formed on a little hill to protect himself from the recurrent floodings that caused the numerous water courses on the plain, among them one of the most important brances of the Ter river.
However, the presence of the ruins of the Albons castle proves that the location corresponded also to a military strategy. So, on the empty space of the mayor square it would be the other constructions of the fortress. At the western side of the square it is kept the lower part of a quadrangular tower, the only vestige that remains from the old wall.
The medieval structure of Albons makes that all the streets go to the upper side, where there is the parish church consecrated to Saint Cugat (documented from the second part of the 13th century). This building, of romanic origin, preserves inside a baptismal sink, emptied from a single piece.
Inside the town district, concretely at Valldavià mountains, it is important to point out the Saint Grau’s chapel, nowadays restored and characterized for the dense white pine forest that surrounds it. However in some particular place it is still possible to enjoy a very wide view of the Empordà plain. 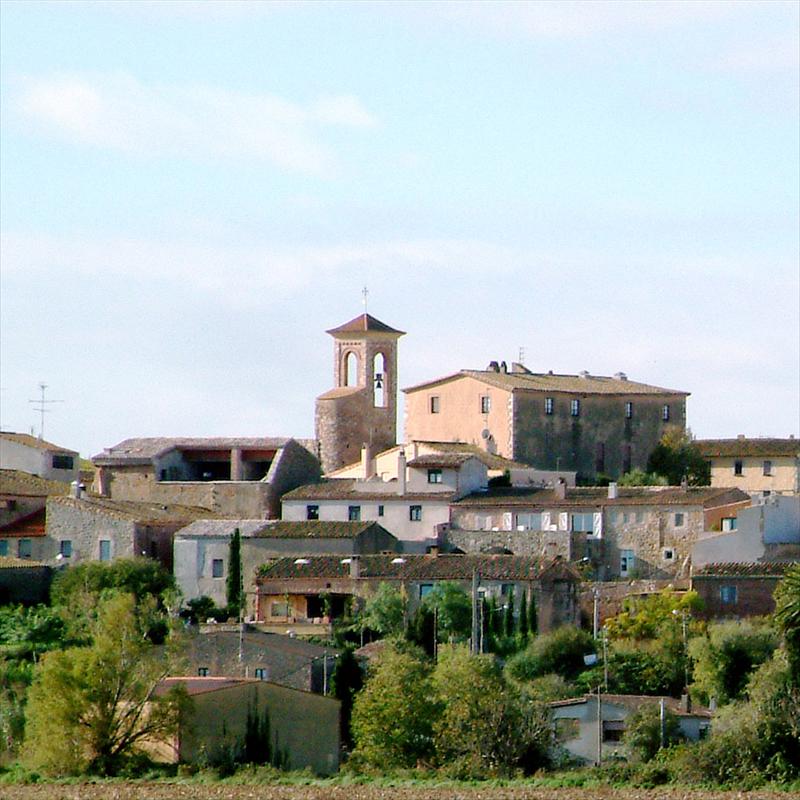